When Theresa May called her ill-fated snap election in 2017, Vauxhall Labour activists from all factions and none had to grapple with a perennial local question: what do we do with a problem like Kate Hoey?

While many of us oppose her views on Brexit, fox-hunting and the Ireland question, we’ve tried to tolerate and believe the best of Kate given her principled stance on the Iraq war, which ended her ministerial career, and her hard-working reputation in the local community. But the 2016 referendum and her decision to campaign with the likes of Nigel Farage left a bitter taste in the mouths of activists and has led us down a slippery slope. Deselection seems to be the only option left.

Several activists, myself included, decided to put party loyalties first and offer critical support to Kate based on her vocal commitments to the 2017 manifesto and the leadership’s Brexit policy, which she vowed to support in parliament. In a meeting with activists after the election, she indicated she would support Brexit motions and amendments that had Jeremy Corbyn’s name on them. For some of us, this was enough to show good faith whilst being critical and back an MP who would vote for a Labour programme of government in parliament and perhaps work more constructively on the Brexit issue.

Since offering that olive branch, Vauxhall Labour activists have been let down to the point that enough is enough. The good faith we showed in 2017 has been thrown back our faces in the form of constant rebellions against the leadership on Brexit, undermining the Good Friday Agreement, bragging about voting in the Tory lobbies with Dominic Grieve and, worst of all, voting to prop up a Tory government at their weakest moment.

In a church as broad as the Labour Party, disagreements between MPs and activists are common, but the rule of thumb tends to be that it’s better to argue with your Labour MP, who at least shares some of your values, than a Tory MP who shares none. Unfortunately, I can no longer say the words ‘Kate Hoey’ and ‘Labour values’ in the same sentence with a straight face and many in my CLP feel the same. By consistently working with the European Research Group and the DUP, Kate has put a hard Tory Brexit above her constituents, who will be hit the hardest by it if the Tory right get their way and Britain leaves the EU with no deal.

In a political system dominated by those who put the class interests of the few above the needs of the many, our party was set up to give working people a voice in parliament. By propping up this government with her vote on the trade bill amendment, Kate and the other three Labour MPs who voted with her last night have effectively given license for the Tories to continue with their cruel austerity agenda and potentially drive the country off an economic cliff edge. They have all lost their right to call themselves Labour MPs.

Vauxhall is an extremely diverse constituency that voted emphatically to remain in the European Union. It’s a constituency that deserves better than an individual who puts her dogmatic personal views ahead of the people she represents – some of the most deprived in the country. Conversely, it’s a community that doesn’t need someone who sides with an extreme, right-wing faction of the party responsible for the bedroom tax and the Windrush scandal.

Kate was imposed on the constituency nearly 30 years ago, and comrades from all sides of the party believe it’s time for her to step back and let a real Labour candidate represent our community. If she refuses, the NEC needs to do the right thing and finally let members vote on our candidate for the next election as soon as possible.

Jamie Green is a Labour activist in Vauxhall. 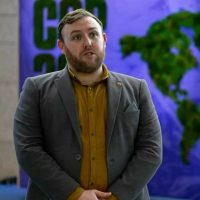