Nine Labour MPs on the party’s left called for a ‘final say’ on Brexit at a meeting in parliament today while proclaiming their loyalty to the Labour Party and Jeremy Corbyn’s leadership.

The speakers made the left-wing case for staying in the European Union – arguments that Russell-Moyle said should have been more prominent in the 2016 referendum. They argued that Europe needs to work together to combat climate change, tax big tech companies, defeat the far-right and put class interests over national interests.

Clive Lewis said that if Labour enabled a Tory Brexit, it would be punished by the electorate as the Liberal Democrats were for working with the Tories in the coalition. “This is a Tory Brexit. This is their mess. It’s not the job of Labour to help the Tories,” he said.

The MPs were keen to stress that they are loyal to Jeremy Corbyn and his socialist policies. The Financial Times reported today that six Labour MPs would form a breakaway party if Labour did not support a ‘people’s vote’.

Canterbury MP Rosie Duffield said that she had been uncomfortable when she first came out in favour of a second referendum because the ‘people’s vote’ campaign was associated with the right of the party. Now though, she said that all sides of the party are coming round to the idea of a second referendum and she encouraged everyone present to put “gentle pressure” on their colleagues and MPs.

Alex Sobel and Clive Lewis both said they preferred the term “final say” to “people’s vote”. Lewis said that ‘people’s vote’ has baggage associated with it and ‘final say’ is more easily understandable. “You measure twice and cut once,” he said. “A ‘final say’ is what a trade union would have on a pay deal.”

When asked to confirm he was calling on Corbyn to support a second referendum, Russell-Moyle said he wanted to stay in the EU and didn’t really care whether that was through an election or a referendum.

“The end result is not a peoples’ vote and that’s the problem that people think that’s the end result. Actually, that’s going to be a bloody hard campaign and we might not even win if we have the same idiots in charge as last time,” Russell-Moyle said.

At the end of the meeting, the left-wing MP for Brighton Kemptown added that there will be Love Socialism, Hate Brexit events every week until Brexit day with similar line-ups of left-wing Labour MPs. 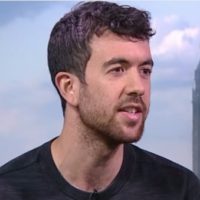