With the UK economy sliding into recession, we need a plan for growth – but not at any cost. A successful, growing economy would deliver more well-paying jobs across our nation. This is likely to be one of the central messages we hear at next week’s Labour Party conference. Labour mayors across England are already delivering on this aim, and our successes should form a key plank of our next general election strategy. Because the state of the economy is going to be the battleground on which the next election is fought – an election likely held around May 2024, the same time as most of the mayoral elections in England.

Back in July, Keir promised that “Labour will fight the next election on economic growth”. And in her mini-Budget tomorrow, Liz Truss will lay out her “bold plan to grow the economy”. But economic growth is not a policy. It’s a destination. How we get there requires hard work, and collaboration between political and business leaders – the public and the private sector. Labour behind the wheel can, and will, turn our economy around. But to do that, it needs to empower all the nations and regions of the UK so that we can all pull together in the same direction.

Earlier this month, I used my devolved powers and funding to cap bus journeys in West Yorkshire at £2, and reduce the cost of a day-ticket to £4.50. Andy Burnham in Greater Manchester and Steve Rotheram in Liverpool are, too, rolling out similar caps. And over the past 18 months, I’ve been working with trade unions and business to develop a ‘fair work charter’, based on the success of other mayors, to improve the quality of work in our region. We’re creating jobs by investing in businesses to green their activities, supporting innovators with direct investment, widening access to training courses and re-skilling adults to improve their job prospects and further their careers.

This is tangible action that Labour in the North of England is delivering to tackle the cost-of-living crisis. But it’s the same story across the country, where Labour mayors, councils and the devolved government in Wales are doing everything they can to put more money in the pockets of ordinary people. At the same time, our national government looks set to pour cash onto those who already have it in the name of trickle-down economics.

The Resolution Foundation says that the government’s plans on energy and taxes will hand twice as much support to Britain’s richest households than to its poorest. By contrast, Welsh Labour are targeting vital support to those who need it most. Free prescriptions. Free school meals for primary school pupils. A £200 winter fuel support payment for people and families on low incomes. No council tax for over 200,000 households. The real living wage for social care workers. A basic income of £1,600 for care leavers. Education maintenance allowance (EMA) for 16 to 18-year-olds, long-scrapped in England.

The list goes on. And I would love to be able to do it all, and more, in West Yorkshire. Because this is what real growth looks like. This money will go into the pockets of those who’re struggling – those who actually spend money in the economy, not those who can simply add it to their millions or siphon it offshore. This money will help pay for energy. It will help put food on the table, help buy clothes for children. And it will help make life easier for those who find it the hardest.

Metro mayors all want to do more for their areas. But Whitehall and Westminster are tying our hands behind our backs, making us compete against one another for small pots of short-term funding. South Yorkshire, for example, received no money at all for its ‘bus service improvement plan’ – no money at all with which to invest in routes or reduce fares.

How can we grow our economy when so few areas are allowed to contribute, and so few people are able to benefit? To grow our economy, a Labour government would spread power and wealth across our country. Gordon Brown’s commission on the UK’s future will soon recommend a series of radical proposals to shake up Westminster and drive economic growth from, and for, all parts of the UK; to decentralise power and money so they lie closer to the people most affected by the cost-of-living crisis; and to offer the British public a fairer, more hopeful kind of politics.

One in which voters are listened to by local leaders, not ignored by national governments that hold all the cards. One in which our proud towns and cities can stand tall as masters of their own destinies, not sit by as hostages to fortune. And one in which everyone can access the skills, jobs, transport and housing they need to not only survive, but thrive.

This will be the choice at the next election. Economic growth by and for a few, or power and money spread across the country so people can create good jobs where they live, and have more pride in their community. Labour in power has shown the way, and a Labour government can follow, delivering for the public. The need now couldn’t be more urgent. 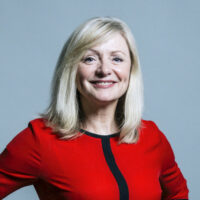