Our party has a proud tradition of standing up for human rights and basic freedoms at home and abroad. We are all rightly behind Ukraine and President Zelensky in their efforts to repel the barbaric Russian invasion. We are praising the Iranian women fighting for their rights. And we are all horrified by the eradication of women’s rights in Afghanistan.

There is another basic freedom that is often overlooked. The right to religious belief. I am a proud Catholic and supporter of all religious beliefs. Yet I often like to refer to the parliamentary group as ‘freedom of religious belief and none’ as a reminder that having no belief needs to be protected as well.

As the world is becoming a more dangerous place across the globe, often it is Christians paying the price. It always shocks me to learn that Christians are the most persecuted religious group across the world. The Bishop of Truro’s review in 2019 brought to light many of the horrors that were occurring and in many places are still ongoing.

Just as the report was in its final stages, 269 people were killed in Sri Lanka in the Easter Bombings that specifically targeted Christians. Over the past couple of years, almost 8,000 Nigerians Christians have been killed by Islamic extremists. Nigeria is a big recipient of UK aid and yet is not doing enough to protect Christians and other minority groups.

Each year, Open Doors releases a World Watch List that ranks the worst 50 offending countries for Christian persecution. This year, for the first time in the survey’s 29-year history, all 50 worst-offending countries scored ‘high’ persecution levels. The reality is that the situation is getting worse, not better.

We have a duty to pressure the Conservatives to do more to help. When we win the next election, we will have an ever-greater duty to do more when we are in government. Human rights, including religious freedoms, need to be at the top of the agenda when it comes to foreign and trade policy.

Just as conflict, violence and hatred have no borders, neither should our compassion and desire to protect the most vulnerable. Christian communities were harassed in more countries than any other faith group.

There are two clear promises we can deliver on as a party to protect persecuted Christian communities abroad, both of which the Tories have largely failed to deliver. Firstly, we can resolve to implement the Truro report’s recommendations. The most critical and powerful of which is being able to impose sanctions on those persecuting religious minorities. Despite the report being commissioned by Chancellor Jeremy Hunt, at the time Foreign Secretary, none of the report’s 22 targets have been delivered.

I expect our government to put pressure on the UN and other international bodies to act when religious minorities are persecuted. Take the case of Leah Sharibu: a young girl that was kidnapped from her school by Boko Haram in Nigeria four years ago. Leah is just one of many thousands. Our government must use all the soft power at its disposal to solve this.

Tomorrow, November 23rd, is Red Wednesday 2022. A day that reminds us about those around the world suffering for simply practicing their Christian faith. Aid to the Church in Need (UK) launched its latest research in parliament. Their vital report, Persecuted and Forgotten? A Report on Christians oppressed for their Faith 2020-22, reminds us why this matters.

Combating Christian persecution and all forms of attacks on religious freedoms should be at the forefront of our country’s future development, trade and foreign policy. We must not turn our backs to the suffering of our fellow human beings. 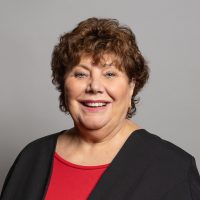 Marie Rimmer is the Labour MP for St Helens South and Whiston.

View all articles by Marie Rimmer